Since it’s the month of love, let’s talk a little bit about dating here. Being a Thai who’s with a half Japanese/French boyfriend and living in a Japanese surroundings (work at a Japanese company with a Japanese Boss, 80% of clients are Japanese) makes me become more conscious about the diversities between cultures and challenges that come with it. Here are the 9 things you should keep in mind before dating one!

He is workaholic!! Let’s keep that in mind once and for all! Before you ever settle down with any Japanese guy you better understand that this is a fact that you need to put up with PERIOD. It’s their attributes, it’s their culture, it’s in their blood! They take their work very seriously and working late hours is their norm. Leaving the office on time is often marked as incompetent and lack of ambition. Since Japanese guys were raised as breadwinner, they are the money-maker of the family and they take pride in that.

This might be an undeniable result of ‘workaholic’. Since he is always drowning in his To-Do-List, not to mention the morning meeting, clients meeting, and endless other meetings he needs to attend. Forget about the Thai style drop in text like “what are you up to?” or “have you had lunch?” cause that just doesn’t exist in a japanese world. Long phone calls or before bedtime chit chat is also rare.Japanese men like to keep it short and simple, “We talk when we meet and we talk when there is actually something to talk about”

The only sports that I find most Japanese guys do here in Bangkok is golf. Sometimes I just cannot help but think that golf might be their national sports. But again here, it is work-related leisure activity. Why? Because golf is played as means to exercise social bonding as well as off-duty business discussion. It is through golf that they do their networking and those who knows how to play are viewed as higher social class.

4. He loves everything that’s noodle

Soba, Ramen, Udon, Phadthai, Spaghetti, you name it. Noodle is just the love of their life. Not only it keeps their tummy full while working, for them noodle dishes are easy-grab and go kinda meal and a budget friendly one too.

I would not say all Japanese people cannot eat spicy food. Let’s say 50/50. Those who loves it lovessss it and those who doesn’t (like my boyfriend) just couldn’t bare the slightest chili flakes in the sweet chicken sauce (Nam-Jim-Kai). Thai-spiciness, unlike the nasal spiciness of wasabi, it burns your mouth and the hotness stays. Therefore, no matter how many times you try you would hardly get better at it. That’s why some of the spicy dishes are the No-Go for Japanese.

6. He loves Poo-Phad Pong Karee and all kind of coconut milk

I have never met a single Japanese person who says ‘No’ to Poo-phad-pong karee. ZERO! I guess its the mild flavour that made the dish easy to eat. While other coconut-based curry like Green Curry, Tom-Kha-Kai, Khao-Soi are also the front row dishes on their top chart. And If you are thinking for a dessert menu  to serve them “Sticky Rice Mango” is always a dead sure choice to go for.

Have you ever dated a Thai guy? Well, I have and Thai men tend to be possessive and get jealous quite easily (and so as Thai girls) compared to any other nationalities worldwide. Japanese guys tend to be minimal in their talks so as the way they express feeling. As much as they do not easily say that they love you or compliment you, they do not display their jealousy or resentment.

The most universal way to ease out your stress, drink! Japanese guys are well known for hard-core drinking. They would down glasses after glasses as the business talk goes round the circle. There’s even a word for drinking after work in Japanese “Nomikai” aka Nominication (“Nomu飲む” means to drink and “Kai会” means to meet up) Drinking with co-workers is vital for japanese company as most people would spend their entire life working at one company therefore establishing a good relationship among members is a necessary thing to do.

9. He loves singing at Karaoke

Karaoke is Life! As it originates in Japan, it still is a No.1 (maybe a slight bit after hookers) entertainment for Japanese people. It is how they loosen up from stress and tension at work. There are 2 basic types of karaoke parlour; one that you only sing and one that you do more than just sing. So if you wanted to ask  a Japanese guy out on a date, karaoke might be a good idea to break the ice and don’t forget to surprise him by singing a verse or two from a Japanese song.

Last but not Least

All these are experience I have cultivated throughout my exposure to Japanese community in Bangkok which is sure to varied from Japanese people living in Japan or elsewhere.So if you are into a Japanese guy and would like to get to know more about them, these are some of the Good-to-Know points to start with. Cause in the end, every single individual is different and unique in their own way :) 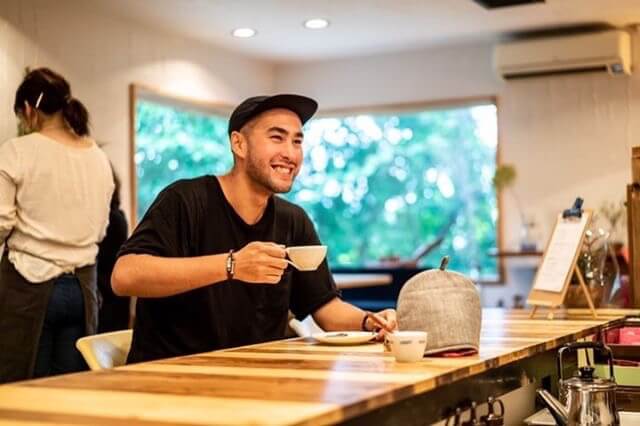